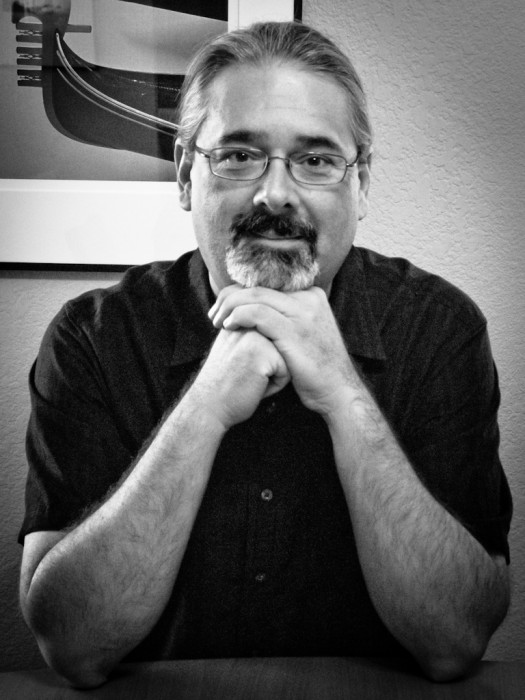 My personal art work has been influenced by many inspirational places, and people. In my travels, I find wondrous things everywhere I look. This said, there are special and spiritual areas like the American Southwest, Minnesota, England and my ancestral home of Italy, that influence and touch me greatly.

Buildings and other man made structures are a running theme through the majority of my personal photographs. I find it interesting how we have worked so hard at separating ourselves from the elements and the magic and self awareness that we can derive from them. We have actually tried to protect ourselves from the elements through these structures but ultimately the elements prevail in the ruins that I find everywhere. I can only hope that we will not have to fall to ruin to discover our magic and awareness.

My earliest personal influences were the nameless photographers work that appeared on the back pages of Life Magazine. The magazine would arrive on Wednesday and I would always turn to the back page first to see the magic.

The first photographer that I was introduced to was a family friend and an east coast commercial photographer by the name of Robin Perry. Seeing his studio and the wonders of the darkroom hooked me like nothing else. In 1968 I met Ansel Adams at a public lecture and was first introduced to the Zone System. This carried me forward to learn about so many other photographers including Edward Weston, Imogen Cunningham, Margaret Bourke-White, Ruth Bernhard, Michael Kenna, Edward Steichen, Paul Strand, Paul Caponigro, Brassai, Alfred Steiglitz, Richard Avedon, Skrebneski and Yousuf Karsh. All of these photographers have, in their own way, informed the way I see. But the most important influence was my introduction to and subsequent becoming and assistant to Morley Baer.

Morley was one of the finest architectural photographers of his time, winning the top photographers award of the American Institute of Architecture. Morley’s inspiration and mentor was Edward Weston and after World War II he met Edward and they became friends. It was through this friendship that I believe his philosophy of photography blossomed. For me Morley’s philosophy transcends the world of art into everyday life. His ability to approach his commissioned as well as his personal work with the same heart and soul has inspired me to constantly seek the art of life!

In seeking the art of life, the creative process is a prayer for understanding.

With this belief firmly in hand, I follow the direction of some visceral need. I find that this connection with my subject opens my eyes to its beauty – or at least its beauty revealed to me. It is the relationship of shared energies that makes the statement. Not the artist and not the subject alone but the connection (collaboration) the two have that transforms the craft into an artistic expression.

Like any relationship some magically appear with shocking familiarity, others mature slowly, requiring a trust be developed before revealing itself. Courage is required since the best of these relationships help reveal less than beautiful parts of ourselves. Courage to embrace and transmute these parts into extraordinary beauty. All relationships require compassion and faith that the engagement will ultimately help us understand ourselves, others, place and especially spirit, far better in the end.

The images I create are the evidence of this process.

Like most little boys, driving past Fort Ord army base along the Monterey Bay in the late 50’s and 60’s, I was fascinated by … END_OF_DOCUMENT_TOKEN_TO_BE_REPLACED