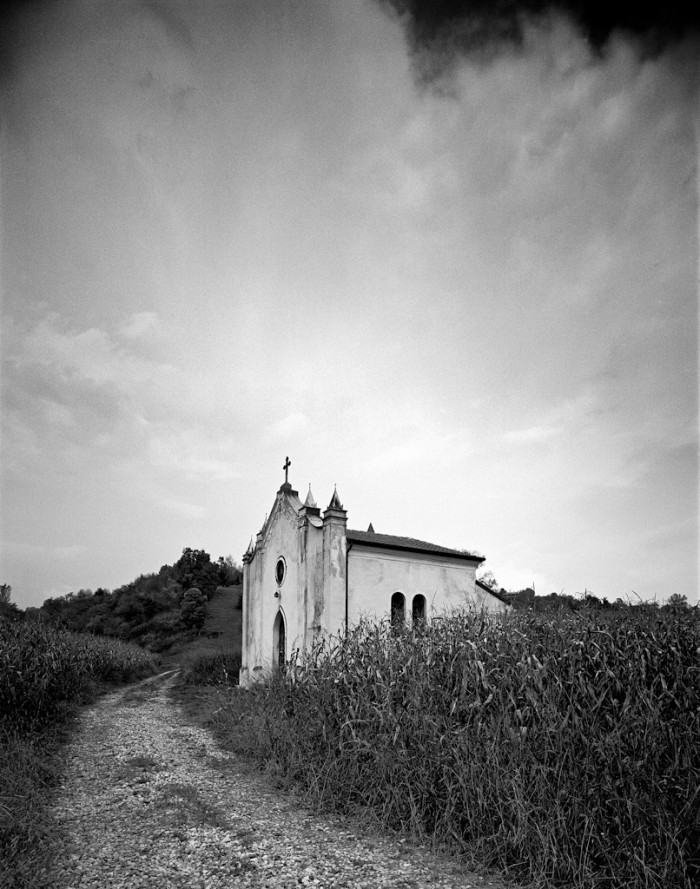 Why did my Father leave Italy? What did he want that he was willing to leave all that he knew, all that he was familiar with? Leaving not only the physical landscape but the emotional one, in search of what? Or running from what?

These were my question but they could just as well be the questions most Americans have of their ancestors.

Alexander Pope in 1733 said “hope springs eternal in the human breast.” That hope and possibility is what our ancestors were looking for by immigrating to America. But why couldn’t they find this hope in their life back home?

I never had this conversation with my Father. I hazard to say that most of us haven’t and that the answers we might get would not be fulfilling. Not fulfilling because the wistful nature of nostalgia softens the harsh reasons for these actions.

My Father spoke of the marvels of Italy. The comparative piu bello (more beautiful) and the meglio (better) of Italy. He infrequently brought up the post-war depression and not finding work, or the loss of his childhood home to an Allied bomb, or the societal obligations of the first born male, or his oppressive Mother. And so, coming through the front door of our home, in Los Gatos, my Father wanted his ideal Italian family. The language spoken, the food eaten, the cars driven and the customs followed, were Italian. And by sheer will, my Father was able to maintain this with zeal.

As children, because of this, my brother and I accepted that we were different. But as I became a teenager I didn’t want to be different or unique or continental (as my Mother once described), I just wanted to fit in – be accepted by my classmates. So in the teen years, being about rebellion, my Father’s intransigence to assimilate and his insistence that everything Italian was meglio or bellissimo, made for great drama. Even his reason for our wearing short pants – because knees heal, long pants don’t – became a flash point for teenage rebellion! And not just once do I remember saying to him “if it’s so good in Italy, why don’t you go back?”

To my Father’s credit he did try and return to live in Italy – twice. In 1958 we returned the first time and stayed a year. The post war depression, still raging in Italy in those years, prevented him from finding work as an architect. So in 1959 we returned to America and settled in Los Gatos. This small community, nestled in the foothills of the Santa Cruz Mountains, mimicked the Alpine landscape of our home in Maniago. Even the plant life is very similar. Did my Father subconsciously or even consciously choose to make Los Gatos his home because it resembled his home in Italy? He never said as much.

Ten years later, in 1967, we returned again and though there was work, my Father found himself left out of consideration because by then, even with all his efforts to the opposite, he was more American than Italian. How this affected him I can only guess because in his generation these disappointments were not examined openly nor, I suspect, even privately.

For me those visits were formative. And since they were before my teenage rebelliousness – I had a ball!

The trip was originally planned as an opportunity to visit family and do some fine art photographic work in Europe. But in my family home I found myself tumbling in the nostalgic waves that crashed into me. And though I had learned through my mentor, Morley Baer, how to channel those feelings into my art, these feelings were overwhelming. The photographs that I did take, after being jogged out of my paralysis, were different from any others that I had taken. And allowing myself the time to explore the feelings they drummed up, I recognized that I had to return and deal with the mystery they hinted at.

That this would become a book about my 10-year Odyssey of dealing with my heritage and how it fit into my present while building a gentle relationship with my father in the last years of his life, I could never have imagined!

My photographic process is simple – I allow myself to be guided by some energetic thread to what I photograph. Similar to the way a dowser finds water; my tripod and 4×5 camera become divining-rods locking onto this subtle thread. Since this process is unconscious, I recognize that, like a dream, it brings me in touch with some of my unresolved issues. How I interpret these photographs, like my dreams, depends on my state of mind, my own sense of self-worth or loathing and probably should be left to professionals. But there are wonderful stories that each photograph reminds me of. They are guides and milestones of how I am proceeding along my path.

I hope that sharing these photographs and stories will entertain you but I encourage you to indulge your own nostalgia to find the stories these images illustrate for you.

So lets get started at the beginning…

There are at this time six individuals who jointly own the family home in Maniago, a small town about 60 miles northeast of Venice in the foothills of the Alps. It came to us as a former monastery and was the agricultural center for our family businesses from the mid 1800’s through the mid 1980’s. The house hasn’t changed much during that time and it was this lack of change that made my memories come to life so vividly.

When I look at the photographs of the house I can see and hear my Grandparents, Aunts (Zia), Uncles (Zio), cousins, Mother and Father wandering around taking care of things and talking. The house was always a-buzz with something going on. Less so now since all of the properties have been sold but the echoes, real and ghostly, still remain. I have been asked why my photographs don’t include people and my response is that they do! My photographs are the stages where the memories of my family members are played out.

This is the family home and the starting point for my Odyssey.

During the decade of visiting Italy, the experiences and photographs of my family home in Maniago, the old villas and churches, calli (streets) and (canals) of Venice, I shared with my Father. The common ground we found in these conversations formed the gentler relationship that I lovingly carry now in his absence.

These photographs and all the ones in my book, help me remember my family’s history and my Father’s life through the stories they hold. Remembering and accepting, as a part of my psyche, a part of who I am, the spirit of northern Italy and the family that came from it.

Want to buy your own copy of the book? Here is your link to the sales page…

The Spirit of Northern Italy
by Marco Zecchin 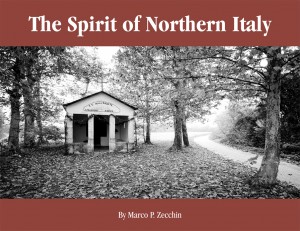 Like most little boys, driving past Fort Ord army base along the Monterey Bay in the late 50’s and 60’s, I was fascinated by … END_OF_DOCUMENT_TOKEN_TO_BE_REPLACED