What Remains?
Photographs of the forgotten 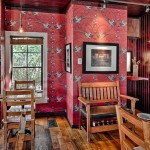 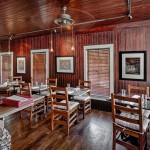 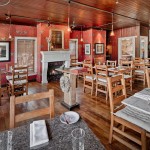 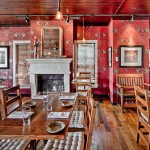 Click here to see the images in the show.

The story behind this work:
Like a moth to a flame, I am drawn to abandoned and ruined buildings. A mixture of nostalgia, curiosity and something that I can’t identify, pushes me past chain link fences, broken glass, and other detritus to see what’s inside. It’s usually empty, quiet and other than dust motes through shafts of light, still. But something is there, brushing my skin, heightening my sensitivity to what remains.

In the late ‘60s and early ‘70s, approaching draft age, I found this fascination in conflict with my feelings about the Vietnam War and the men who trained there. The protests I witnessed as we drove by and saw on the television, along with the news of the war, confused me. My fascination with the military was confronted with the realities of war.

In the intervening years I became friends with many Vietnam veterans. They told me what they could about the war and how they experienced their military service to our country. Hearing their stories made me admire them even more. Not just admire their courage for going into battle but the courage to live with their memories and the ghosts of their fallen comrades.

In the fall of 2005, during an annual reunion of photographic friends of Morley Baer’s in Monterey, some of us wandered onto the now decommissioned Fort Ord army base. Walking around the base, my youthful fascination and the stories of military duty and war shared with me by my veteran friends, opened me to the energy of this place. The energy of men training and preparing for war lingers in these barracks. It is palpable.

As I wandered and photographed the rooms they lived in, their lingering energies, opened a visceral door within me that directed my photographic process. A door that helped me see and feel these rooms. It made me wonder who had lived in these rooms? How many who had completed their training here survived the war? And for how many were these the last memories they carried of the country they fought for?

As odd as it may sound, I feel that each photograph I’ve taken at Fort Ord, is a collaboration with the lingering spirit of the soldiers wanting to share their experience. Wanting their stories heard once more.

At the cotonificio in Pordenone, I was drawn to the enormous abandoned 19th century cotton mill and weaving factory.

After traveling there to visit family and wanting to mollify the effects of my jet lag, I went for a walk with my nephew and found myself wandering through the rooms. Transported back a century and a half trying to decipher what was done in each room from what remained, we wandered and I photographed.

The spirits of those that worked here lingered as well… palpable, making me walk, in my jet lagged state, further into the ruins – noticing more…

An abandoned and partially burned roundhouse in Brisbane, CA caught my eye while driving through the town. Next to busy worksites it wasn’t as peaceful as most of the abandoned places I’d visited but it too has a lingering story to be discovered and told.

Asking what’s remains goes beyond the abandoned, cast aside, ruined or blank canvas for graffiti artists. In the ephemera of smudges and stains, lingers the hints to the stories of the humans who passed through.

Like most little boys, driving past Fort Ord army base along the Monterey Bay in the late 50’s and 60’s, I was fascinated by … END_OF_DOCUMENT_TOKEN_TO_BE_REPLACED